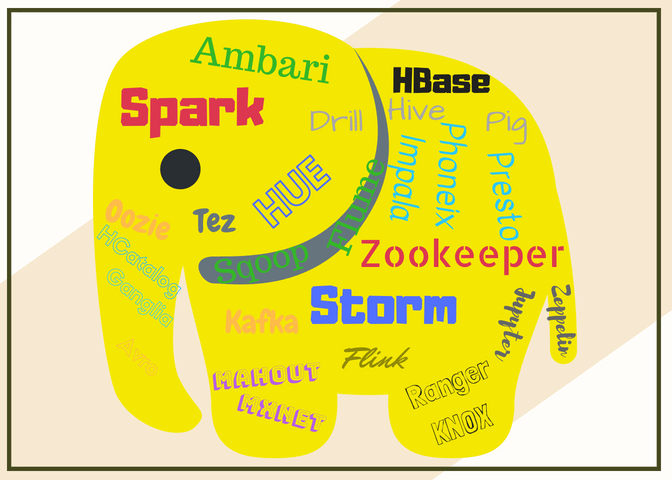 Apache Hadoop 3.1.1 was released on the eighth of August with major changes to YARN such as GPU and FPGA scheduling/isolation on YARN,  docker container on YARN, and more expressive placement constraints in YARN. Apache Hadoop has been in development for nearly 15 years. The term “Hadoop” refers to the Hadoop ecosystem or collection of additional software packages that can be installed on top of or alongside Hadoop. Seeing as to how there are so many add-on libraries on top of Apache Hadoop, the Apache Hadoop ecosystem can be a little bit overwhelming for a person new to the term. You will be a zookeeper, surrounded and overwhelmed by such exotic animals (Pig, Hive, Phoneix, Impala) and funny names such as the Oozie, Tez, and Sqoop. Therefore, I have made this cheat sheet for you to understand the technologies in the Apache Hadoop ecosystem. Moreover, I will write some articles comparing different packages so you can easily select packages for your Apache Hadoop ecosystem.

What is Apache Hadoop?

The modules of Apache Hadoop include:

In conclusion,  the open-source Apache Hadoop ecosystem provides many add-on libraries to support your projects. However, it can also be challenging and time-consuming to set up the system. We will take a look at the commercial Hadoop solutions and the Hadoop on cloud options.

IT Cheer up is the blog to cheer you up in the IT world!

We constantly publish articles to share experiences and lessons learned on Public Cloud and IT certifications.

Visit Our About Page