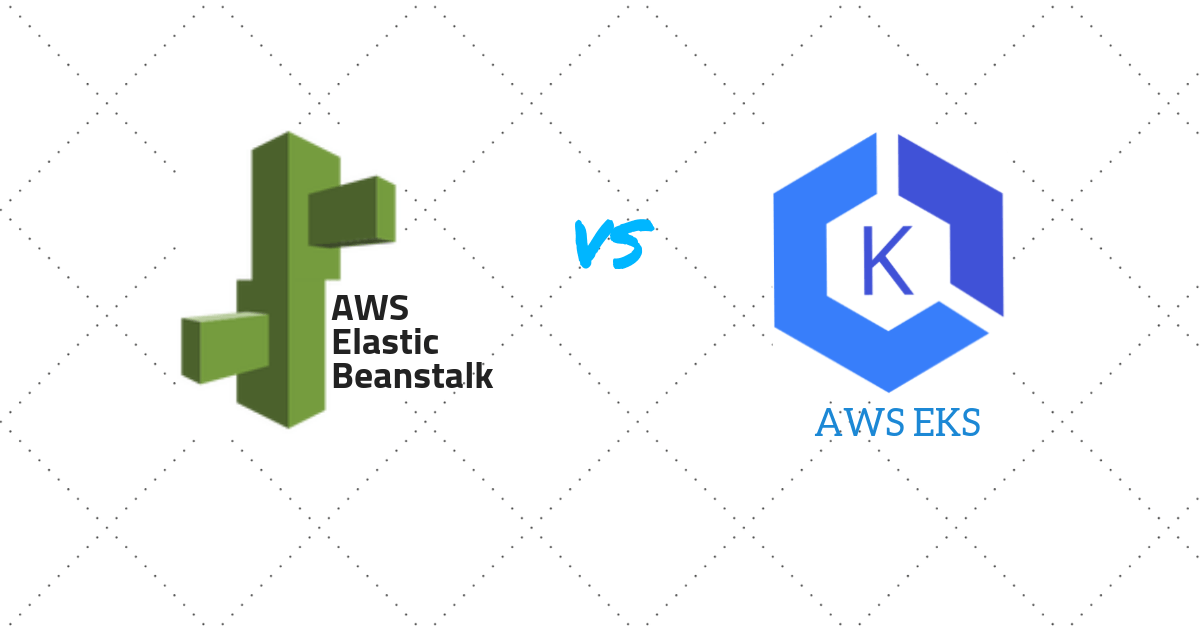 We previously compared two PaaS Solutions: AWS Elastic Beanstalk and Red Hat Openshift. AWS Elastic Beanstalk is likely a good choice for newly started applications and systems already using AWS. In addition, AWS Beanstalk offers multi-container Docker. It uses the Amazon Elastic Container Service to coordinate the deployment of multiple Docker containers to an Amazon ECS cluster in an Elastic Beanstalk environment. The instances in the environment each run the same set of containers. Though it provides the ease of using Elastic Beanstalk, it also loses independently schedule a replicated set of queue workers on the cluster. Thus, Elastic Beanstalk is ideal if one wants to leverage the benefits of containers but just wants the simplicity of deploying applications from development to production by uploading a container image. If one wants more control over custom application architectures and container orchestration, one should take a look at the AWS Elastic Container Service for Kubernetes (EKS). AWS EKS was released June 2018. At the time of this article’s writing, it has Kubernetes 1.11. Here is the cheatsheet on AWS EKS:

Kubernetes, originally designed by Google, is an open-source container-orchestration system for automating deployment, scaling, and management of containerized applications. Using Kubernetes, one can run containerized applications including microservices, batch processing workers, and platforms as a service (PaaS) using the same toolset on-premises and in the cloud. Please go to Kubernetes and Docker to learn more about container orchestration.

AWS EKS is a managed service that makes it easy for one to run Kubernetes on AWS without needing to install and operate one’s own Kubernetes control plane. Kubernetes groups containers into logical groupings for management and discoverability then launches them onto clusters of EC2 instances. Therefore, there are three main reasons to use AWS EKS:

Let’s take a look at the components of K8 with Amazon EKS (the diagram below is derived from AWS re:Invent 2018): 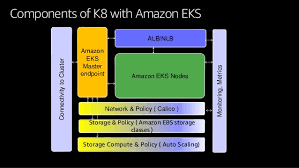 According to this diagram, the endpoint is the orange rectangle EKS master endpoint. AWS EKS provides the flexibility for one to configure the rest of the components as needed. The DevOps team can integrate automated Continuous Integration and Continuous Delivery (CI/CD) through the connectivity to cluster on EKS master endpoint. The user can access the system through ALB/NLB ingress controller. One can collect the monitoring and logging information using other graphics tools such as Kibana and Grafana besides AWS’ CloudWatch, CLoudTrail, and ElasticSearch.

The details can be found in the AWS EKS Getting Started Guide.

The following features on AWS EKS:

AWS EKS is certified Kubernetes conformant so one can use existing tooling and plugins from partners and the Kubernetes community. Applications running on any standard Kubernetes environment are fully compatible and can be easily migrated to Amazon EKS. This means that IAM is only used for authentication of valid IAM entities. All permissions for interacting with AWS EKS cluster’s Kubernetes API are managed through the native Kubernetes RBAC system.

AWS EKS supports native VPC networking via the Amazon VPC CNI plugin for Kubernetes. Using this CNI plugin allows Kubernetes pods to have the same IP address inside the pod as they do on the VPC network.

To optimize the cost, one can run one’s Kubernetes Workloads on Amazon EC2 Spot Instances with Amazon EKS.

Kubernetes is a great container-orchestration system, but it is not easy to set up and run. Thus, with the AWS EKS managed service, it definitely keeps you from having to install and operate Kubernetes. If you provision and manage Kubernetes in your own cloud, you should take a look at OpenShift. But if you need to move all of your applications into the public cloud environment to lower the cost, then you may want to consider EKS.

IT Cheer up is the blog to cheer you up in the IT world!

We constantly publish articles to share experiences and lessons learned on Public Cloud and IT certifications.

Visit Our About Page